The Real Housewives of Sydney

Since the show was announced mid-last year, it’s been an eager wait for fans of the series. But don’t compare them with the Melbourne housewives. 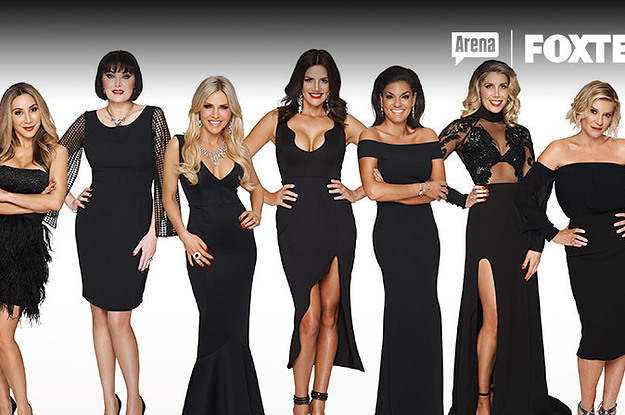 More on the new show, with IVs with the main cast.

The Daily Telegraph was on hand on Tuesday as Rees attended Rose Bay Police Station to lodge a complaint. It is understood she has attended the same police station on three separate occasions over the incidents, culminating in an official report being made.

Rees revealed she felt forced to make a statement to police after Oldfield made “disgusting” and “inappropriate” comments on Instagram.

“I sought legal advice and on the recommendation of my lawyers I made a statement with police,” Rees said.

The Real Housewives of Sydney crew intervene to break up brawl

AFTER an action-packed and frankly exhausting eleven episodes, the first season of Real Housewives of Sydney comes to an end this week with a bumper 90-minute reunion that sees all seven ladies try to settle scores as host Alex Perry steadily loses...

US TV networks think the Sydney Housewives are too full on

SYDNEY’S nasty reality TV housewives — with their propensity for swearing and vicious catfighting — might be too extreme for American audiences.

Will Athena X Levendi and Lisa Oldfield return to Housewives?

A SHAKE-up seems imminent for the second season of The Real Housewives of Sydney.

Would you recommend me this show? I haven’t watched it yet.

Would you recommend me this show? I haven’t watched it yet.

they are truly horrible human beings during the show (at one point filming was actually suspended) but if your thing is to watch the “real” way the rich and spoilt interact, then I would say yes.