A $10 million parcel of prime residential property in the up-market enclave of Elsternwick in Melbourne looks set to be the location for this year’s series of The Block, reports News Corporation.

While speculation has run rampant in recent months that rundown St Kilda flophouse The Gatwick Private Hotel was the prime target for the show’s producers, it has emerged that The Block team had a backup plan.

A huge vacant block in Elsternwick, not far from the historic Ripponlea homestead and Caulfield Grammar, has quietly been snapped up.

BREAKING: Nine Network buys St Kilda’s infamous Gatwick Hotel, with rumours it will be renovated for The Block (The Age)

Channel 9 has reportedly purchased the infamous Gatwick Hotel in Melbourne as the location for the next series of The Block.

It’s been described as a “festering flophouse” and “flea pit”.

Located in the seaside suburb of St Kilda — and surrounded by some of the city’s most expensive real estate — it’s had such a fearsome reputation many homeless people needing a place to stay actively avoid it.

Block it in Scotty

Work has already started on the Elsternwick site chosen for the coming season of The Block, with the project expected to yield the most expensive homes on the reno series yet, reports Domain.

Five period houses are likely earmarked for the 2,989-square-metre vacant block at 46 Regent Street, and each could fetch about $3.5 million.

Rather than rejuvenating an old building like previous years, contestants this season are likely to renovate a relocated weatherboard home.

Tradesmen have been spotted digging holes and measuring parts of the site.

Setting aside renovation and other costs, the producers are looking to make about $7.16m from the project this season.
It would match the profit made in Port Melbourne, when five luxury apartments in a former rundown soap factory – which cost producers about $5m – netted a total of about $12.05m at auction.

Channel Nine has finally confirmed it has bought St Kilda’s notorious Gatwick Hotel for an upcoming season of The Block after several months of rumours and intense speculation. Channel 9 has finally confirmed it has bought St Kilda's notorious Gatwick Hotel for an upcoming season of The Block after several months of rumours and intense speculation.

The next series of The Block has started filming this week and one of the hopefuls is a familiar face, reports News Corporation.

In what looks like a trend for 2017, the reality series has enlisted Aussie model Elyse Knowles as a celebrity contender.

The Block launches 30 July on Nine 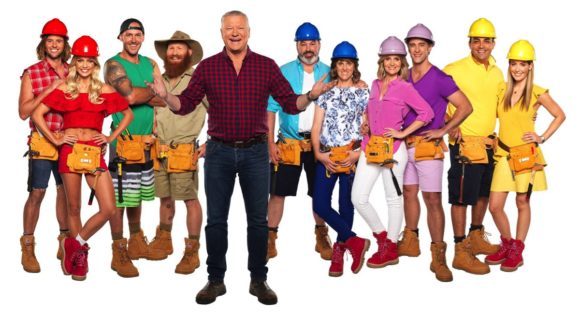 Five couples and five heritage homes come together in the new season that promises to see the biggest renovation in its history when The Block returns to Nine on Sunday July 30 at 7pm.

The 13th season of Nine’s reality juggernaut will take over the timeslot that is currently being looked after by Nine’s latest hit series, Australian Ninja Warrior.

Contestants on the new season of The Block must deliver their first room in just 48 hours. The winner of that challenge will get first choice of which house they’d like to renovate for the rest of the competition.

As well as revitalising the relocated homes, the contestants must build new features on the suburban blocks that are a massive 470 square metres. Each home will be getting a brand new extension, including an open plan living and an upstairs master suite.

In the backyard there will be ample room to create an outdoor entertaining space, and to top it all off each property will be enhanced with a three-car garage and a self-contained studio apartment.

The five new couples transforming these old family homes are:

The Block Returns With A Record Number Of Commercial Partners

Nine today announced a record number of client partners for the next season of its smash-hit reality show, The Block.

The new season of The Block premieres on Nine this Sunday when five teams of renovators go head-to-head to modernise five massive family homes rescued from demolition and transported to Elsternwick in south-east Melbourne.

“The Block is the country’s leading example of a content brand that is truly ubiquitous, touching Australians on every screen. It is without doubt the strongest franchise that delivers time and time again for the audience and seamlessly integrates brands across every platform,” said Lizzie Young, Nine’s Group Content Strategy Director. “It is a clear sign of the continuing power of the franchise that we have a record number of commercial partners this year.”
Client partnership highlights for The Block season thirteen include:

• Mitre 10, The Block’s longest serving partner, will again be returning, for their 10th season. Along with their ambassador Scott Cam, Mitre 10 will be providing “Mighty Helpful” service and advice every step of the way.

• This year, McCafé is returning with a pop-up café on the construction site, showing why they provide Australia’s most popular barista-made coffee. Foreman Dan Reilly also continues as the McCafe ambassador and along with in-show integration the partnership will be supported by two TV commercials using him, and a digital series on 9Now, featuring conversations in the pop-up café.

• Stayz returns and will be rewarding the Blockheads with the winning room each week with luxury weekly Stayz Getaways.

• Domain returns as a major partner and will be showcased throughout the season as experts in property as they supply the Blockheads with invaluable advice.

• As a new partner, Youfoodz will be fueling contestants with their fresh chef-prepared meals every week. They will also be running a consumer promotion to give away a year’s worth of Youfoodz.

• Centrum joins The Block as the 2017 multivitamin partner, supporting contestants throughout the series. Centrum will feature the popular Foreman Keith as well as the contestants in TVCs, and Centrum branding will be integrated within the show, in a challenge and across the series, including a bespoke digital content series.

• Volkswagen joins as the official automotive partner and will be supplying contestants with Volkswagen Tiguans. This technologically advanced SUV features the best in active safety and advanced technology.

• Carlton & United Breweries and Industry SuperFunds have taken out a national sponsorship while RACV, HBF Home Insurance and Revolution Roofing have taken key local sponsorships in their respective markets, providing them with a unique opportunity to build a close association with the popular renovation show.

The Block returns to Channel Nine and 9Now this Sunday, July 30.

The winners of The Block 2017 revealed

Favourites Elyse Knowles and Josh Barker have won the 13th season of The Block, with their five-bedroom Elsternwick house selling nearly $450,000 over reserve. 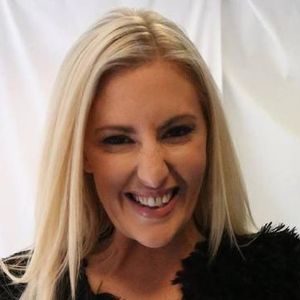 A POPULAR Sunshine Coast radio presenter has been revealed as a contestant on the upcoming season of The Block.

THE BLOCK TAKES ON ITS BIGGEST CHALLENGE YET
Five couples. One iconic building. The biggest construction in Block history.
What could possibly go wrong? Welcome to The Block 2018.

Mention “The Gatwick” to anyone living in Melbourne and chances are they’ll have an opinion. Starting her life as a grand hotel, she has recently fallen from grace. Eyesore, blight, dump are just some of the choice words that have been used to describe her. A perfect project for Australia’s biggest reality TV show. Enter The Block!

“I knew it was a fantastic, iconic building, and I knew it had so much potential, so I was very excited when I heard The Gatwick would be our next project,” says Scott Cam, who is returning to host the show for an incredible 14th season

The Gatwick is in the heart of one Australia’s most famous postcodes - St Kilda, host to famous landmarks such as Luna Park, the Palais Theatre, the cultural hub of Acland Street - and is just minutes away from the beach.

“This series brings us right back to where we started in Bondi in 2003,” says Executive Producer, Julian Cress.

“We filmed in summer, which gives it a flavour that hasn’t been seen on The Block for a very long time.”

The juggernaut ratings for The Block in 2017 proved once again that Australia cannot get enough of the renovation reality series. Last year’s results confirmed The Block as Australia’s richest reality show, taking total prizemoney across 13 seasons to a whopping $18,895,501.

Newlyweds Hayden Vale and Sara Tumino have defied the odds to win The Block 2018 in
an incredible Grand Finale.

The old Gatwick Hotel went under the hammer as The Block came to an astonishing
conclusion, with all five apartments selling despite Melbourne’s auction clearance rate hitting
a six-year low last weekend.

The controversial pair also shared the exciting news that they are expecting a baby boy next
April.

Hayden and Sara shocked audiences when they won the first challenge of the year and
opted to renovate Apartment 3 in the old Gatwick, bypassing the chance to build a brand new,
luxurious penthouse. However, their decision paid off, with the three couples who
renovated the old Gatwick apartments coming out on top of the two penthouse teams.

In second place were the South Australian renovators Kerrie and Spence, the oldest couple
on the show, who took home a life-changing profit of $415,000 as their apartment sold for
$2,850,000.

High-flying fiancés Courtney and Hans, claimed a close third place when their apartment
went under the hammer for $2,770,000. They walk away with a profit of $410,000. In a
heartwarming twist, their apartment was sold to the previous Gatwick owners, sisters Yvette
Kelly and Rose Banks, who will now own a slice of the place they called home for nearly 50
years.

The finale was not without drama as penthouse neighbours Norm and Jess and Bianca
and Carla were forced to decide their auction order with a coin toss when neither couple
would give up the third auction place after a dramatic deliberation.

Best friends from Melbourne, Bianca and Carla, walked away in fourth position with a cool
$301,000 when their penthouse sold for $2,991,000.

Fan favourites, the loveable Queenslanders Norm and Jess, earned themselves $209,000
over the reserve when their penthouse sold for $2,859,000 in a nailbiting auction.

The juggernaut ratings for The Block in 2018 prove once again that Australia cannot get
enough of the renovation reality series.

“The Block continues to be one of TV’s greatest success stories, and this season has been
no exception, with the program continuing to dominate in all areas”, said Nine Program
Director, Hamish Turner.

“After 14 seasons, The Block regularly tops overnight rankings night after night. It continues
to deliver across all platforms, with year on year increases on broadcast video on demand
(BVOD).”

Host Scott Cam, along with Shelley Craft and the gang, will be back to challenge a fresh
batch of Blockheads when the program returns for its 15th series in 2019 at the historic Oslo
Hotel in St Kilda.