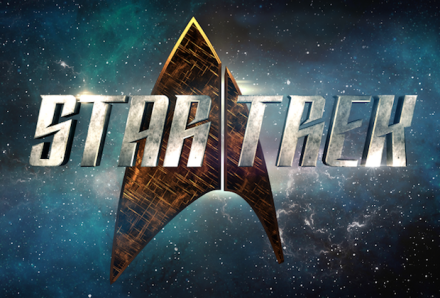 Do you love Star Trek, but wish it could be a little more hilarious? Oh, and animated, too? Well, your wish is arriving at warp speed.

Second Contact:
Series opener.
I am afraid from this first episode I was not impressed by it especially what Mariner and Boimler had to do against a farm animal.
A surprise came when it was revealed that Mariner is Captain Freeman’s daughter.
The attack by an alien virus was the only exciting aspect of this first episode.

Envoys:
Season 1, Episode 2.
Boimler and Mariner are on a mission to transport Klingon general K’orin.
Quite crude how this all played out.
Truly unbelievable how a Ferengi was involved in all this.
I guess it was not bad that Rutherford kept changing divisions and initially we kept an impression that an officer in charge was not going to like this switch only for him to be OK with it.

Temporal Edict:
Season 1, Episode 3.
A couple of disasters here.
The first is with a diplomatic visit which went wrong because someone presented the wrong thing.
Funny the reminder that Mariner speaks freely at anytime she wants.
The other disaster was Boimler accidentally revealing buffer time to Captain Freeman.
The outcome to that has a mandate named after Boimler, The Boimler Effect.
The legacy for Boimler with this is then seen in the far future where we also see, to my surprise, the statue of Miles O’Brien!

Veritas:
Antepenultimate episode of season 1.
Veritas is Latin for truth and Veritas was earlier the subject of Doctor Who: Extremis.
In certain ways Veritas, the Lower Decks episode is not unlike the Doctor Who episode.
Mariner, Boimler, Tendi and Rutherford are brought in for questioning by a nearby alien race as senior officers from the ship were placed on trials.
The accounts from them were amusing and leads to the revelation that it wasn’t a trial but a party given to the senior officers for the help they have given them.
In the midst of all this came the surprise appearance by John de Lancie as Q, his first appearance as him since Q2 for Voyager in 2001.

Strange Energies:
Season 2 opener.
This episode involves a callback to Gary Mitchell and the power he possessed in Where No Man Has Gone Before.
Certainly a sight seeing a big head literally taking a bite at the Cerritos.
Not bad to start the second season with Jonathan Frakes’ brief appearance as Riker at the end.

The Spy Humongous:
Season 2, Episode 6.
Captain Freeman goes down the Pakled planet and funny the Pakled keeps mistaken her for Janeway!
Interesting on Boimler wanting to join a group called the Red Shirts but ultimately does due to their expectations of him that he would not meet.
Funny at the end it has a cameo from Armus, the titular creature from the TNG episode Skin of Evil, the creature that killed Tasha Yar.
In Skin of Evil, Armus was played by Mart McChesney and voiced by Ron Gans however neither reprised him here for The Spy Humongous as both had passed with McChesney in 1999 and Gans in 2010.
Armus is instead voiced by Fred Tatasciore who voices the regular character of Shaxs.

I, Excretus:
Antepenultimate episode of season 2.
Lower and upper deck officers swap places for a drill.
However the drill turns out to be a con by the person organised it.
The meaning of the episode title comes late here with Boimler in the holodeck for the drill in which he faces the Borg and rescuing Borg babies.
The Borg hologram includes the Borg Queen with Alice Krige reprising her.
Ultimately it is left to Boimler to save the crew from the con drill but that affected his score in the drill with the Borg which saw him having 100% but ended up at 8%.
Staying in the drill with the Borg saw his being assimilated into Excretus.
Poor Boimler.
Fun having the officers switching decks here for the drill even it did turned out to be a con.