My wife Karen Gillan has been cast in upcoming animated spy comedy movie Spies in Disguise: 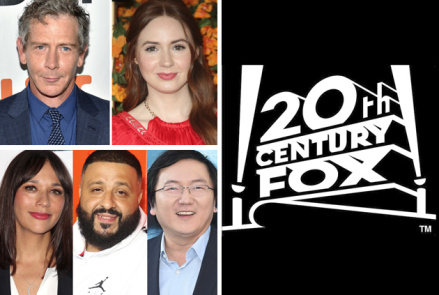 The name of my wife Karen Gillan’s character in Spies In Disguise has been revealed and she is called Eyes and here is a picture of this character: 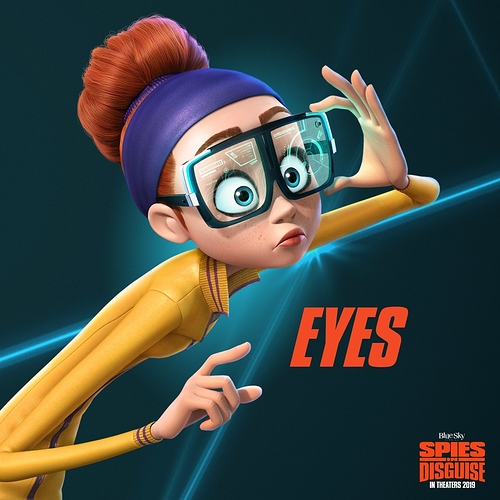 Released in December 2019, Spies In Disguise is an animated movie and it is based on the 2009 animated short Pigeon: Impossible.
My primary reason for watching this is that the cast includes my wife Karen Gillan as Eyes and I am in love with her.
Having said that the bit when Eyes suddenly became a fan of super spy Lance Sterling was very unnecessary.
Spies In Disguise has Will Smith playing Sterling when he got framed as a traitor and was forced to enlist the help of Walter Beckett (Tom Hollander) and Sterling accidentally turned himself into a pigeon when he drank a formula of Walter’s.
Smith and Hollander makes for a good team as Sterling as a pigeon tries to clear his name.
Having initially come across as arrogant, Sterling certainly finally humility as a pigeon.
This plus a good villain with Ben Mendelsohn as Killian.

Hollywood Insider: Behind The Scenes of Spies In Disguise (includes my wife Karen between 8.49 and 9.48):