The greatest music countdown returns to MAX this Easter Long Weekend – the 1000 Greatest Songs Of All Time. Which music great will win the coveted No.1 spot – could it be a song from Michael Jackson, Queen, Bon Jovi, Madonna or maybe AC/DC?

Tune in to MAX or stream instantly on Foxtel Play from 12pm Friday April 14 to the evening of Monday April 17 to see the 1000 Greatest Songs Of All Time, a musical must-see this Easter long weekend only on Foxtel. The greatest countdown event will be hosted by none other than the iconic Australian music critic, journalist and record producer, Molly Meldrum.

The MAX 1000 Greatest Songs Of All Time countdown will be compiled using viewer votes, feedback from industry experts, chart ratings and song popularity.

Fraser Stark, Foxtel’s Arts & Music Channel Manager said, “MAX is all about great music – the channel represents the ‘soundtrack to your life’ so it made sense to ask our viewers to help us pull together this countdown. Let’s face it – there have been some incredible songs over the years and we all have our favourites.

“Over his enduring career, the iconic Molly Meldrum has made an extraordinary impact on Australian popular music culture. Without his influence being asserted who knows how differently we would have come to hear the music of the times? Obviously he was the perfect host and expert in helping bring this countdown together over the Easter long weekend.”

Molly Meldrum is no stranger to countdowns and is guaranteed to throw in a few famous stories from Aussie legends and international superstars covering decades of unforgettable songs. Molly has worked alongside many music greats from David Bowie to Michael Jackson. He is the man responsible for giving Madonna, Blondie, John Mellencamp, AC/DC and countless others their first worldwide hits.

MAX viewers are invited to help shape the countdown with Molly Meldrum. Voting is now open at max1000.foxtel.com.au, voters could win a massive MAX prize pack valued at over $6000*.

What songs do you think should make the 1000 Greatest Songs Of All Time? Vote now and then get your mates together this Easter Long weekend for the greatest countdown only on MAX!

** All voted songs must have a licensed broadcast music video available. 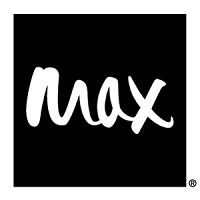 The results are in and MAX fans have spoken! The number one Greatest Song of All Time on MAX is… “Bohemian Rhapsody” by Queen. The ground-breaking 1975 hit from Queen is joined in the Top Ten by iconic artists John Lennon, Guns N’ Roses, Nirvana, Michael Jackson and The Rolling Stones.

Hosted by MAX’s legendary music critic, journalist and record producer, Molly Meldrum over the Easter Long Weekend, the 1000 Greatest Songs Of All Time countdown included 11 Johns, four Georges, a King, a Prince and a Queen. The artists who dominated the 1000 Greatest Songs of All Time included INXS, Michael Jackson, George Michael, Queen and David Bowie, however it was U2 who polled the most entries with 14 incredible songs. Music from the 1980s flooded the countdown with 37 percent of the songs, closely followed by the 1990s with 24 percent. Thirty-one artists in the countdown are known only by a mononym including Cher, Madonna, Prince and our very own Sia.

** All songs that made the countdown had to have a licensed broadcast quality music video available (e.g. sadly The Beatles are not featured in the countdown because they do not grant permission for their videos to be broadcast on television).

This Father’s Day, Australia’s own fathers of political rock, Midnight Oil, will exclusively reveal the behind the scenes true stories about their most iconic video clips. The two-hour special, Midnight Oil – Kings of the Mountain, will air exclusively on Foxtel’s MAX channel on Sunday September 3 from 10am.

On the eve of the Australian leg of their Great Circle 2017 world tour – MAX sits down exclusively with Midnight Oil to take a look through their vast music video collection, from Armistice Day to Redneck Wonderful and all the hits in between. Viewers will be treated to never before known facts from the band, including their all-time favourite video and how it was made.

Fraser Stark, Group Channel Manager of Foxtel’s Arts & Music Channels said, “Midnight Oil is one of Australia’s most successful rock bands and rightly enjoys lasting iconic status. The uniquely Australian band is uncompromising in every facet of its career and, after disbanding in 2002 to reform in 2017, carries with it a legion of fans earned by its sustained intelligence, conscientiousness and musicianship. MAX is honoured to enjoy unprecedented access to the band to respectfully and thoroughly profile one of the most important retrospective videographies in Australian music history.”

Midnight Oil released their self-titled album in 1978 and have continued to shape the landscape of Australian music and social consciousness for almost four decades, with chart topping albums including 10, 9, 8, 7, 6, 5, 4, 3, 2, 1; Red Sails in the Sunset; Species Deceases; Diesel and Dust; Blue Sky Mining; Scream in Blue (Live); Earth and Sun and Moon; Breathe and Redneck Wonderland;.

In 2006, the band cemented their place in Australian music history forever when they were inducted into the Australian Recording Industry Association (ARIA) Hall of Fame.

Midnight Oil – Kings of the Mountain, will air exclusively on Foxtel’s MAX channel, Sunday Sept 3 from 10am, with an encore performance at 8pm.

THE FOO FIGHTERS TAKE OVER MAX THIS FRIDAY!
15 September from 6am AEST 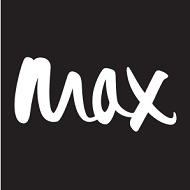 To celebrate rock legends ‘Foo Fighters’ returning to Australia as part of their global stadium tour in 2018, and the release of their new album ‘Concrete and Blonde’, this Friday Foxtel’s MAX is handing over the channel to Dave Grohl and Taylor Hawkins for ‘Foo Fighters Friday’.

In a world first, kicking off at 6.00am this Friday, September 15, the two band members will discuss the making of their highly anticipated ninth studio album ‘Concrete and Gold, in between programming their own iconic music videos and concerts including ‘A Sky is a Neighbourhood’, ‘Run’, ‘Learn to Fly’, ‘Monkey Wrench’, ‘The Pretender’. They will also relive the magic of their longest ever live gig at Goat Island in Sydney.

Fraser Stark, Group Channel Manager of Foxtel Arts & Music channels said: “The biggest rock band in the world right now, the Foo Fighters, have a very long and successful history with the Foxtel music channels – from the very early days, to the epic ‘Wasting Light on the Harbour’ concert on Sydney Harbour, to now.

“The band is easily one of MAX’s most requested acts of all time, so it’s fitting that MAX is the official media partner of the Foo’s 2018 tour. Dave Grohl and Taylor Hawkins are hosting the channel with their unique and personable style – introducing their legendary videos and iconic concerts for a full channel takeover. It’s epic.”

As one of the world’s most highly revered rock bands, the last time they toured in 2015 Foo Fighters played to over 250,000 Australians. And since first forming in the mid-nineties, have garnered 11 Grammy Awards and sold over 25 million albums worldwide.

Join Dave Grohl and Taylor Hawkins for Foo Fighters TV on ‘Foo Fighters Friday’ – September 15 from 6am, only on MAX, proud partners of their 2018 worldwide tour. For more concert info head to MAXTV.COM.AU

MIDNIGHT OIL’S
‘OILS AT THE REEF’
PREMIERES EXCLUSIVELY ON MAX

Oils at the Reef, a one-off concert performed by Aussie music legends Midnight Oil, will premiere on MAX on Saturday, November 11 at midday.

The intimate and exclusive benefit gig for fans was recorded live in Cairns at the Tank Arts Centre earlier this month to create awareness of the current state of the Great Barrier Reef. All funds raised from the benefit were donated directly to Great Barrier Reef Legacy and the Australian Marine Conservation Society.

Peter Garrett, lead singer from Midnight Oil, told the audience: “We want to explain to people that there are strong scientific, economic, moral and environmental reasons why Australia should put protecting the Great Barrier Reef (first). Reducing greenhouse gas emissions that are heating up the planet and not opening any more massive, giant coal mines is the most important thing that we can do.”

MAX’s exclusive, 90-minute broadcast of the concert will feature hits like Blue Sky Mine and US Forces and will also be an opportunity for Oils fans to see the band perform lesser known and more obscure songs including Surfin’ With A Spoon and Koala Sprint, making it a rare showcase that every Oil fan will want to see.

Fraser Stark, Group Channel Manager of Foxtel’s Arts & Music channels, said: “It was a privilege to be part of the audience when Midnight Oil performed their unique and intimate gig, ‘Oils at the Reef’. The room was full with very appreciative fans, and MAX was there to capture it all. For the channel, it was an honour to have such iconic performers take the time to include us in the band’s ongoing mission for goodness. We are very much looking forward to sharing the Oils’ message of reef preservation, and their great music, with our viewers next month. ”

Oils at the Reef will premiere on MAX on Saturday, November 11 at midday, and again at 5.00pm later that afternoon. Encore screenings of the concert will also air on Sunday 12th November at 10.00am, 3.00pm and 8.00pm.

REMEMBERING GEORGE MICHAEL - MAX Tuesday December 26 at 9am on MAX – Encore at 8pm
He burst into our lives as the front man of Wham and taught us how to ‘Jitterbug’. He then continued to entertain us for over four decades! One year on from his passing, let’s celebrate the music of George Michael. Music Greats are never forgotten on MAX.

After a hugely successful first series, MAX’S highest rating local production for 2017, Studio Max, will return for a second season of intimate and exclusive concerts, kicking off with Irish rock band The Script on Sunday February 4 at 10am – only on Foxtel’s MAX.

Recording artists from across the country and around the globe will perform in a series of raw, personal, studio gigs, where MAX viewers will be treated to unique acoustic performances of the artist’s greatest hits and more. Guests will also speak candidly about the stories behind their music and give rare anecdotes about how they came to be.

Fraser Stark, Group Channel Manager of Foxtel’s Arts & Music channels said,
“MAX is the TV destination for Great Music and the Music Greats who make the hits. In season 2 of Studio MAX we are privileged to be allowed intimate access to a cross section of four artists just as wonderful and eclectic as the channel and its fans. The Script, Ian Moss, Daryl Braithwaite and Vance Joy - we are humbled by each for giving us the chance to showcase some of their best-loved material as well as some revealing and unexpected insights into the artists and their creative processes.”

Beginning on Sunday February 4 at 10am, Studio Max Series 2 will premiere with one of Ireland’s most popular groups of all time, The Script – whose hits like ‘Hall of Fame’, and ‘Superheroes’ saw the band soar to the top of the charts around the world.

On Sunday February 11 at 10am original Aussie front man Daryl Braithwaite, who won numerous awards as the lead singer of 70’s pop band Sherbet, and as a successful solo artist, will perform a selection of his biggest songs including 1990’s iconic ‘Horses’ and the summer anthem ‘As The Days Go By.’

Following Daryl on February 18 at 10am, ARIA Award-winner and Cold Chisel guitarist Ian Moss will also thrill viewers with a set of Australian classics like ‘Tuckers Daughter’ and ‘Telephone Booth’, as well as new material from his self-titled album ‘Ian Moss’ out on March 2.

Singer/songwriter Vance Joy will be the final act to appear in Studio Max on Sunday February 25. Along with his platinum selling hits ‘Riptide’, ‘Mess is Mine’ and ‘Lay it on Me’, Vance will preview music from his new studio album Nation of Two, available February 23.

Encore screenings of every performance will air the same evening at 10pm, and will be available to watch after their premiere screening from Foxtel’s on demand library, or streamed on Foxtel Now.