Seems I was WRONG, 5 minutes in and the whole family is just taking the piss out of the plot

Currently investigating what went wrong with the show 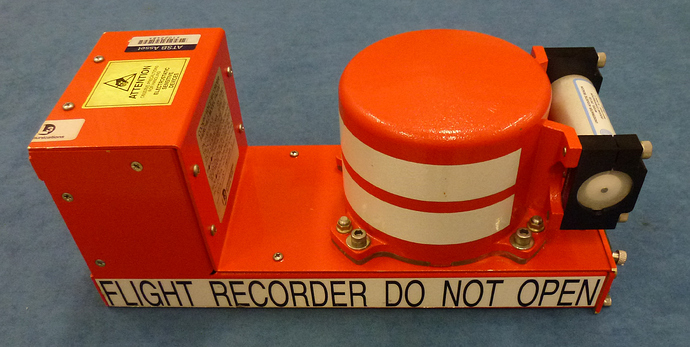 Impact:
Series opener.
Read from the end credits that this is a remake of the original unaired pilot No Place To Hide.
No Place To Hide did not have the Robot and Dr Smith but Impact has a limited appearance from the former and the latter appears only at the end and I will come back to her later on.
Quite unexpected that this starts off with the Robinsons already in the Jupiter 2 which then crash lands.
Harrowing that Judy got trapped in ice.
This Lost In Space is the latest to incorporate flashbacks regularly in its narrative and interesting to see what went on before including how Will got on this mission.
Parker Posey makes her debut as Dr Smith in a flashback at the Resolute.
As it turned out the female Dr Smith wasn’t the real Dr Smith as she stole the real Dr Smith’s jacket to get access to a space pod.
Much has been made about Parker Posey being the female Dr Smith but this isn’t really a gender switch for a long established character but a woman taking on an identity that belonged to a man within the narrative.
One reviewer made a pun of Parker Posey’s surname as she was really a poser in taking Dr Smith’s identity.
The real Dr Smith was played in a cameo by Bill Mumy who was Will Robinson in the original series. One can only imagine what the late original Dr Smith, Jonathan Harris would have made of Mumy who he had worked mostly in the original series, taking on his character even for this one brief moment.
Mumy was definitely the right person to play the real Dr Smith due to how much of the original series was dominated by Will and Dr Smith.
The Resolute is a space station and Mumy had previously been in a space station Babylon 5.
Mumy had also guest starred in Babylon 5’s rival Deep Space Nine in The Siege of AR-558 although his character there was not on the said DS9.
I knew that the Netflix series was going to be different from its 1960s predecessor but it was sure quite an Impact in blowing me away in launching the series.

Diamonds In The Sky:
Episode 2.
The only other place where I came across what it says in the episode title is Doctor Who: Utopia where Creet described the skies in the said Utopia are made of diamonds.
Don West and Dr Smith finds another survivor in Angela Goddard. The name Angela Goddard is undoubtedly an amalgamation of names of two original series cast members that of Angela Cartwright (Penny) and Mark Goddard (Don West).
Quite a trick with the necklace that Smith pulled on West to get a the flare gun.
Impressive Penny driving the Chariot.
Harrowing when Will discovered what the Robot did at the Resolute.
The end finally sees the Robinsons meet Dr Smith.

Infestation:
Episode 3.
Guest stars Selma Blair and Shaun Parkes.
Surprised to see Blair as she plays “Dr Smith”’s sister.
Dr Smith’s real name is revealed by Captain Radic (Parkes) in a flashback as June Harris.
Discovered afterwards that this is another amalgamation of names of original series cast names that of June Lockhart (Maureen) and the original Dr Smith (Jonathan Harris).
Parkes had been in Doctor Who: The Impossible Planet/The Satan Pit and I don’t think anyone else in all versions of Lost In Space has ever been in both Doctor Who and Lost In Space.
Fascinating by what went on in the Jupiter 2 with the said infestation including resulting in the Robot locking Will and Dr Smith up and enthralling by the destination the crew reached at the end.
Also fascinating the flashbacks which also has June impersonating her sister and discovering that her sister has a married lover and June then killing him and arrested for it.
It was sure worrying for June to hear Captain Radic’s voice in the present day about finding the Robinsons as this leads to the flashback of her in his office.

The Robinsons Were Here:
Episode 4.
Directed by Alice Troughton.
Accounting for all versions of Lost In Space I can definitely say for certain that Troughton is the first person to have directed on both Doctor Who and Lost In Space.
Interesting episode in which the kids are with the Robot while their parents were away.
The parents in the meantime are discussing their marital problems and quite harrowing to see on this occasion.
Finally we get to see Dr Smith’s true nature that we are very familiar with as he instils the Robot with distrust.

Transmission:
Episode 5.
What a battle between the Robot and that reptilian creatures.
Meanwhile having found each other Smith and Don each cast doubt on the other to Judy.

Eulogy:
Episode 6.
Quite a lesson Will learnt from John in mourning the dead of the Resolute.
Thrilling when Angela shoots at the Robot prompting him into attack mode which was stopped by Will.
Sad at the end with Robot under Will’s order jumps off a cliff and broke in pieces.

Pressurized:
Episode 7.
A lot of emotions here as Judy and Don lost one of their own.
John and Maureen sure had a moment alone and when they got out the latter spoke with a helium voice to amusing effect.
Good bonding here between Will and Penny.
What a decision Victor makes at the end perhaps much sooner than expected.

Trajectory:
Antepenultimate episode of the series/season.
Judy tells Maureen the truth about Dr Smith and Maureen locks Dr Smith in a storeroom.
Funny the number of times John gets killed in a simulation.
Also funny Don being yielded to go on the mission with John by Penny’s sad puppy dog eyes.
Smith breaks out of the storeroom and knocks Maureen out whilst the latter was overseeing the mission.
This leads to the shocking cliffhanger of the explosion of the ship with John and Don in it.

Resurrection:
Penultimate episode of the series/season.
Following the cliffhanger of the previous episode Trajectory, John and Don are presumed dead and we are told otherwise.
Smith has abducted Maureen and spent their time alone together in this episode.
Somehow this is easily plausible due to both being women and I can’t imagine June Lockhart and Jonathan Harris spending this amount of time alone together.
Funny what was in the cave that has become an unlikely fuel source.
Thrilling when Penny faced off that flying creature in the cave.
Also thrilling the cliffhanger that after Judy rescues Maureen from Smith their way got blocked by Smith and the reactivated Robot now under Smith’s command.

Danger, Will Robinson:
Series/season finale.
John and Don are revealed to have survived that explosion not that I had any doubt that they would.
The finale was absolutely enthralling especially when the Robinsons faced off against the Robot and the alien one.
The Robot soon remembers his loyalty to Will and gets rid of the alien robot.
Thrilling cliffhanger as the alien engine takes control of Jupiter 2 and sends those on board lights years away to a different galaxy to a place that Will calls Danger.

Lost In Space has been renewed for a second season.

It will released on Christmas Eve 2019.

Shipwrecked:
Season 2 opener.
Enthralling start to the season as the crew steered the ship, albeit a spaceship, at sea and what led to Maureen to release Smith from captivity so she can help them in the midst of a storm.

Just as this is the start of the Netflix Lost In Space second season, I also started the second season of Black Sails which coincidentally also featured Toby Stephens (John Robinson) and that also set at sea!

I have to admit, I loved this series!

Precipice:
Season 2, Episode 2.
A kelp was really pesky as it bit Don’s leg.
Quite intense with Maureen and Penny being saved being in the water.
What an ending with Smith hiding some other kelp as the crew detect the Resolute.

Echoes:
Season 2, Episode 3.
Directed by Leslie Hope.
Intriguing episode on the Resolute including Smith deleting evidence regarding her.
Bill Mumy is back as the real Dr. Smith.
Interesting flashbacks with June showing no remorse of who she hurts with her con as she doesn’t see them.
Interesting revelation of the robot called Scarecrow.

Scarecrow:
Season 2, Episode 4.
Fascinating episode looking at the Scarecrow robot including when Will appear to be in danger in its presence.
Quite a trick that Smith pulls on Commander Radic.