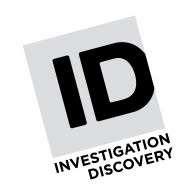 The deal also includes the launch of a new channel Investigation Discovery (ID) the #1 US true crime network, which finds a new home in Australia for the first time on Foxtel and launches 1 February 2020.

Foxtel Chief Commercial Officer Amanda Laing said: “This new future-fit agreement reignites a relationship with Discovery that dates back to Foxtel’s launch in 1995. The multi-genre, multi-channel, multi-rights deal has been tailored to meet the huge appetite Australians have for great factual, documentary, reality and true crime content.

“The launch of Investigation Discovery, together with our existing Crime & Investigation Channel, confirms Foxtel as the home of true crime. Along with a greatly expanded on demand library from Discovery, Foxtel has now the world’s best true crime all in one place, making access to the factual entertainment that Australian’s love easier than ever.”

“As a further commitment to Foxtel customers, we are launching a dedicated crime channel, bringing to life the compelling real-life stories behind real crimes.”

Ms Laing added: “This is an exciting time for our customers. The new agreements we have secured during 2019 are part of a strategy to reset our partnerships with the world’s leading content creators to provide customers with the best of TV and on demand all in one place, at the best value.”

Investigation Discovery was announced last week to launch on Saturday 1 February on Channel 616.

“Discovery is proud to be bringing the number one true crime network to passionate Australian audiences. When it comes to true crime, Investigation Discovery’s globally renowned programming is unrivalled. From headline crimes and cold cases, to exploring the dark side of human nature and more, ID super-serves viewers with engaging real life stories. We’re excited to see the channel grow in its new home, Australia, in 2020.”

Ted Bundy: Mind Of A Monster
Saturday 1 February at 4:35pm (2×60)
This special delves into the psyche of American serial killer Theodore “Ted” Bundy, who became infamous after his crime spree spanned from coast to coast, included two prison escapes, and culminated a decade later with a death sentence. Bundy used his abundant charisma and good looks to prey on countless young women throughout the 1970s, seamlessly flipping from charming stranger to dangerous criminal and claiming the lives of more than thirty women. Through new interviews with those closest to the case, and haunting recordings from Bundy himself, Ted Bundy: Mind of a Monster reveals the comprehensive, most intimate look into Bundy’s life from beginning to end, detailing his transformation into one of the worst serial killers America has ever seen.

Gypsy’s Revenge
Saturday 1 February at 6:30pm (2×60)
Manipulation turned to matricide is explored in Gypsy’s Revenge, a provocative documentary that delves into the story of mother-daughter duo Dee Dee and Gypsy Rose Blanchard. From the outside, Dee Dee was a devoted caregiver to her chronically ill and wheelchair-bound daughter, but the aftermath of her murder at the hands of able-bodied Gypsy Rose revealed an extraordinary case of psychological torture and extreme child abuse. In a revealing prison interview, viewers watch along as Gypsy comes to terms with her new captivity – which ironically may give her the freedom she always wanted.

Serial Killer: Devil Unchained
Mondays from 3 February at 8:30pm (3×120)
Filmmaker and investigative journalist Maria Awes sets out on a dark journey to uncover the truth behind American serial killer, Todd Kohlhepp’s crimes – the ones we know about and additional ones he claims he committed. Kohlhepp is convicted of murdering seven people in South Carolina between 2003 and 2016. With the help of former FBI profiler John Douglas and Kohlhepp’s own biographer, Gary Garrett, Awes goes down a twisted path, talking to Kohlhepp’s family, as well as his victims and their families, uncovering early warning signs that might have helped stop a killer in his tracks. An intense and chilling journey, the three-part limited series Serial Killer: Devil Unchained delves deeper into Kohlhepp’s horrific crimes.

In Pursuit With John Walsh (pictured)
Saturday 1 February at 8:30pm and continues Wednesdays from 5 February at 8:30pm (12×60)
Icon of justice and victims’ rights advocate John Walsh is on a mission to track down fugitives on the run and find missing children in In Pursuit with John Walsh. Each week, he leads viewers through unsolved violent crimes that urgently need to be closed and is joined by son, Callahan who leads the operation on the ground, working in tandem with the community and local authorities to search for persons-of-interest. John and Callahan dissect each unique story from top to bottom, sharing current interviews with surviving family members and friends, chasing down new clues and reviewing the evidence in each case. The series utilises crime scene photos, telephone calls and location-specific recreations, turning these cases into active hunts with help from viewers at home. Since the series launched in the US earlier this year, eight fugitives who featured in Season 1 are now in police custody; highlighting the power of Investigation Discovery’s active and engaged audience in helping to bring these criminals to justice.

Breaking Homicide
Fridays from 7 February at 8:30pm (6×120, 6×60)
Breaking Homicide follows former Rhode Island Police Sergeant Derrick Levasseur and Forensic Psychologist Kris Mohandie as they answer the pleas of desperate families seeking answers to the unsolved murders of their loved ones. Each episode provides fresh perspective and new hope as Levasseur and Mohandie investigate cold cases, applying their unique talents and skills to unearth new leads in these decades-old crimes. From a serial killer haunting Honolulu who’s never been caught, to the sadistic assault and murder of a girl in Rhode Island, the duo, with the help of local law enforcement and victims’ family members, scrutinise cold cases from start to finish trying to find closure for loved ones.

Family Man, Family Murderer: An ID Murder Mystery
Tuesday 18 February at 8:30pm (1×60)
How well can you truly know someone? Chris Watts appeared to have it all, but his picture-perfect image was shattered when his pregnant wife and two daughters went missing from their family home in Frederick, Colorado on August 13, 2018. As police investigated, Chris’s story began to unravel, and he soon confessed to the murders of his wife Shannan, and daughters Bella and Celeste in a shocking recorded interrogation. This special explores the tragedy that gripped the US and poses the question, was Chris Watts born to be a monster? Or was he just a family man who one day snapped?

The Lake Erie Murders
Mondays from 24 February at 8:30pm (7×60)
Ominously named for its violent and unpredictable nature, Lake Erie borders four US states and parts of Canada and is home to some of the darkest and deadliest murder cases. In The Lake Erie Murders, viewers will be brought to the edge of the water as we take a deep dive into the 1989 kidnapping and murder of 10-year-old Amy Mihaljevic – one of America’s most notorious mysteries. The case which captured national attention has never gone cold and continues to haunt the region and to this day, remains a source of immense intrigue and speculation as investigators sift through hundreds of suspects and tirelessly pursue the killer. Following Amy’s story, the series continues with hour-long stand-alone episodes that tell other tales of Lake Erie’s haunting and fascinating murders and mysteries — reminding viewers that when it comes to Lake Erie, there is something about the water.