^ takeaway from the article above is that Mark Gasnier has walked away from Fox League. 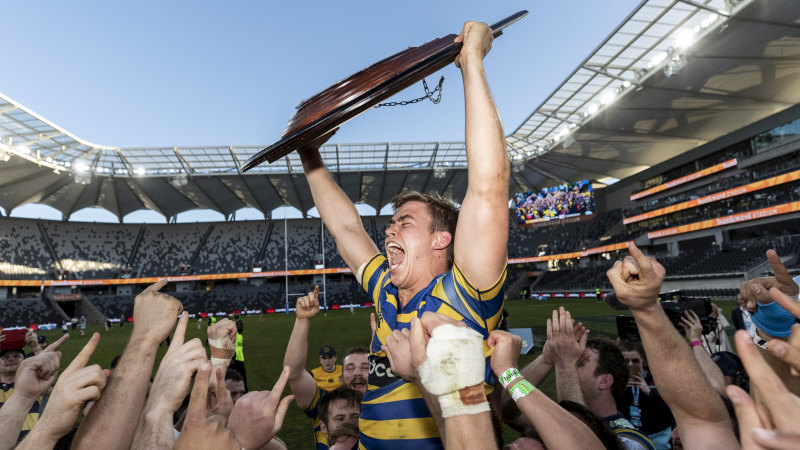 An offer is on the table for every Shute Shield match to be shown on Fox Sports and Kayo but there is a broader story at play in Australian rugby. 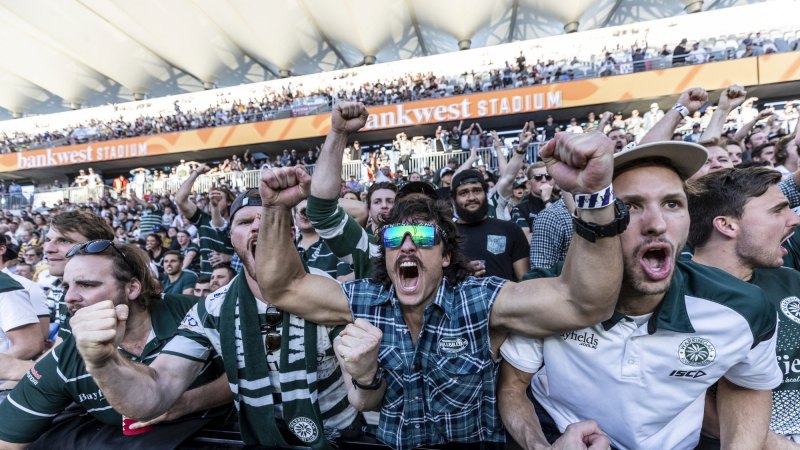 Sydney's humble Shute Shield has emerged as a major bargaining chip in rugby's tense broadcast rights negotiations, which appear to be at boiling point. 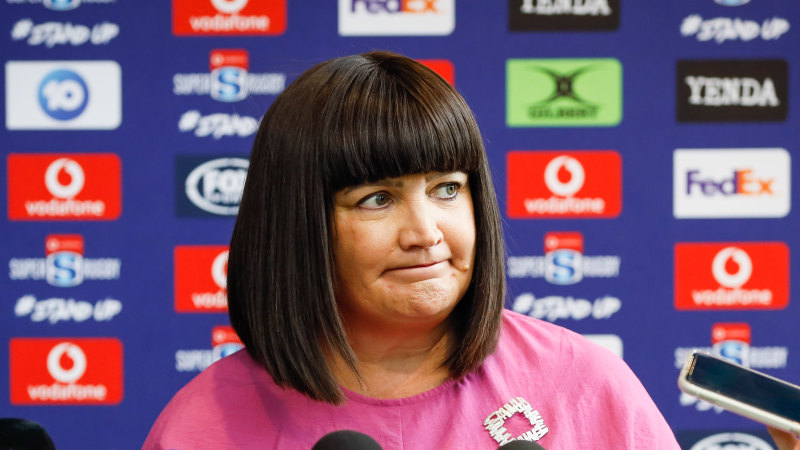 Rugby Australia chief executive Raelene Castle is optimistic the pay-TV operator will enter the negotiations once the bidding process is underway this week.

Dave expected the “Running Game” to involve teams running… we don’t always get what we want. 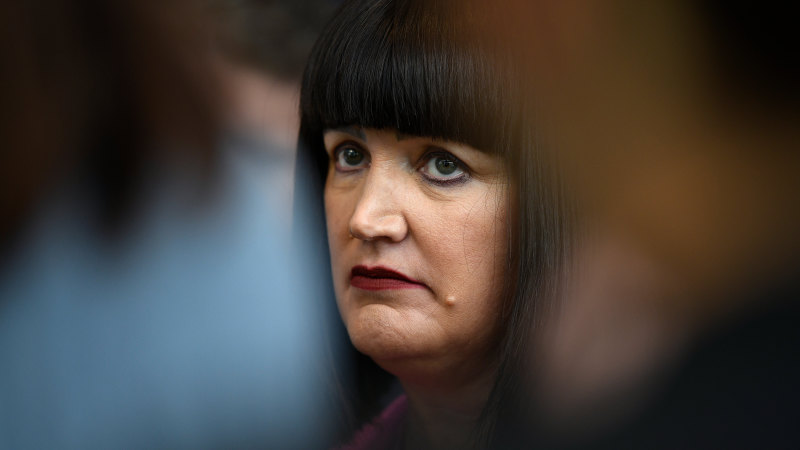 Castle holds firm as Fox and News storm the gate

Raelene Castle has shown some real steel in her dealings with Fox Sports and she should be commended for it.

it’s such a dull, lifeless game and has been for over a decade now.

FOX SPORTS has secured the rights to broadcast INDYCAR in 2020 with reigning Supercars champion Scott McLaughlin’s first NTT INDYCAR SERIES race on May 10 to be shown LIVE on Foxtel and Kayo Sports.

Joining every LIVE session of Supercars, Formula 1™ and MotoGP in an unrivalled motorsport offering, INDYCAR races will be made available on FOX SPORTS including the 104th running of the Indianapolis 500 on May 25 following the Formula 1™ Monaco Grand Prix 2020.

FOX SPORTS General Manager of Motorsport, James Harrison, said: “We’re excited to add INDYCAR to our line-up as we all cheer on Scott in his debut race when he takes on the likes of Will Power and Scott Dixon on the Indianapolis Motor Speedway road course in May.”

“As well Foxtel subscribers will be able to go from watching the Formula 1™ Monaco Grand Prix 2020 straight to the Indy 500 on the same night, all on the same channel – FOX SPORTS 506.

“Alongside Supercars, F1™ and MotoGP; INDYCAR is a most welcome addition for our loyal and passionate motorsport fans in 2020.”

Reigning Supercars champion, Scott McLaughlin, said: “This race will be a dream come true for me. It’s an incredible challenge for myself in one of the toughest championships in the world. I’m pumped that all my friends, family and the fans in Australia will be able to watch. I hope they’re all excited as I am.”

2018 Indianapolis 500 and 2014 INDYCAR SERIES champion, Will Power, said: “I’m super excited that INDYCAR will be shown Live in Australia so all the fans at home can watch on FOX SPORTS. The Indianapolis 500 has such a rich history and is the largest single day sporting event in the world.”

Coverage of the 2020 NTT INDYCAR SERIES season begins on the streets of St. Petersburg, Florida on Monday, March 16 from 5.30am LIVE on Foxtel (channel 506) and Kayo Sports. Races will be available to stream on Kayo Sports and Foxtel GO in 2020.

FORMULA 1™, SUPERCARS AND INDYCAR ALL LIVE ON FOXTEL

EVERY F1 EVENT IN 2020 IS LIVE AND EXCLUSIVE ON FOX SPORTS, AVAILABLE ON FOXTEL

FOX SPORTS, on Foxtel, will mark the launch of the 2020 FIA Formula One World ChampionshipTM with the Festival of Fast, a week-long celebration of motorsport headlined by the FORMULA 1 ROLEX AUSTRALIAN GRAND PRIX 2020, including every qualifying session and race LIVE in HD and ad-break free during racing from Thursday, March 12.

A blockbuster week of motorsport will feature the best drivers in the world when Daniel Ricciardo , Sebastian Vettel , Max Verstappen , Charles Leclerc and Valtteri Bottas try to halt Lewis Hamilton in his pursuit for a record equaling seventh drivers’ title.

As well as Formula 1™, Foxtel’s Festival of Fast will also feature Supercars in the Beaurepaires Melbourne 400 and the NTT INDYCAR SERIES LIVE from St. Petersburg, Florida, with up to 33 hours of LIVE action.

From Monday to Wednesday, Foxtel will gear up for Grand Prix week with some of the best F1™ races of all-time, reliving all the greatest drivers from Ayrton Senna, Michael Schumacher, Alain Prost, Nigel Mansell and Alan Jones on the greatest circuits from Monaco to Melbourne and Adelaide.

Head of FOX SPORTS, Peter Campbell, said: “In 2020 we’ll deliver the best coverage for motorsport fans, all in one place on Foxtel, from F1, Supercars and INDYCAR to MotoGP and World Superbikes.

“We simply have the best coverage of F1 and after the season opener in Melbourne, FOX SPORTS will be the only place to watch every race from practice through to the main race live.”

In 2020 FOX SPORTS brings Sky Sports’ world-class production to Australian viewers, providing them with unparalleled Formula 1TM coverage. In Melbourne, ex-drivers, Martin Brundle , 2009 World Champion Jenson Button , Johnny Herbert and commentators Ted Kravitz and David Croft will form the line-up, plus give fans all the news and analysis from on the ground at every race.

Chris Stubbs and Riana Crehan will keep fans up to date with the latest and breaking news from pit lane.

FOX SPORTS is the home of the 2020 FIA Formula One World Championship™ in Australia, with every race after the Australian Grand Prix live and exclusive.

Throughout the weekend, viewers will also be able to watch Craig Lowndes racing in the Porsche Carrera Cup, plus former F1 race winners Rubens Barrichello and Giancarlo Fisichella in the Australian S5000 Championship, LIVE on FOX SPORTS.

FOX SPORTS is available on Foxtel.

Every session LIVE with Qualifying and the race ad-break free during racing.

Firestone Grand Prix of St. Petersburg – LIVE and in HD

EXCLUSIVELY LIVE and in HD

LIVE and in HD

F1 Qualifying & Supercars Live with no ad-breaks during racing

No ad-breaks during racing

Mansell, Prost and Nelson Piquet fight for the title in the highest-powered engines in F1 history. Mansell’s tyre explodes in spectacular fashion.

Known as ‘the race no one wanted to win.’ After an unspectacular start, the race erupted into chaos in the final laps as rain and oil wreaked havoc. el

Ayrton Senna passes five cars on the opening lap at Donnington Park to take the lead in torrential rain, completing F1’s ‘Lap of The Gods.’

After dominating the race Senna crashes out with a 50sec lead over bitter rival Alain Prost, who swoops past to claim victory.

With badly worn tyres Senna keeps Mansell behind to win by 0.2s 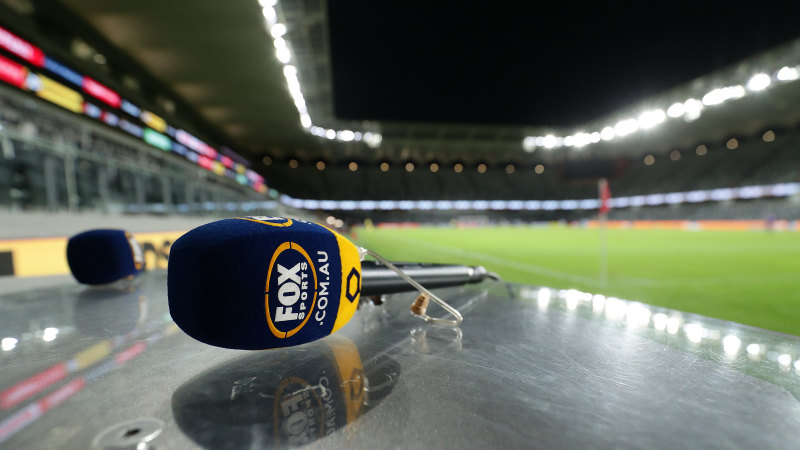 Western Sydney Wanderers owner Paul Lederer wants Fox Sports to unite with the A-League's key stakeholders, not desert it at its time of greatest need. 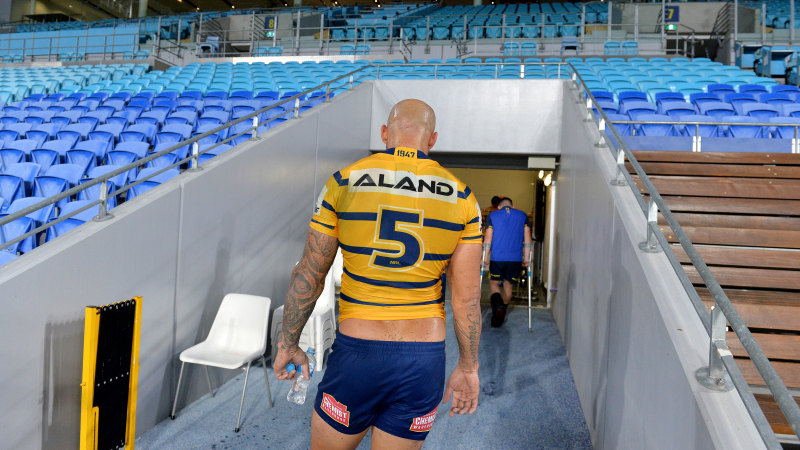 Far from a picture of corporate health before COVID-19 hit, Foxtel now faces a bigger crisis.