FOX SPORTS News 500, Australia’s only dedicated 24/7 sports news broadcast channel, is rolling out a brand new slate of programming for 2017. Five new shows will provide sports fans with the latest and most comprehensive news from Australia and abroad.

It all kicks off tonight, when renowned Australian media personality, Bill Woods, and former Socceroo and EPL-winning goalkeeper Mark Bosnich, combine for the all new Bill & Boz at 9.30pm.

The show, which runs from Sunday through to Wednesday nights, takes a fun and entertaining look at the day’s sporting issues. They will be joined each night by some of the biggest names in sport to delve deeper into what’s making headlines.

FOX SPORTS presenter, Louise Ransome, will take on a prime-time hosting role from February 6, when she hosts Tomorrow’s News Tonight with Louise Ransome.

A rotating panel of FOX SPORTS personalities will discuss the day’s big sporting stories and look ahead to tomorrow’s news at 6pm from Monday to Thursday.

Matt Suleau, Abbey Gelmi and Katherine Loughnan will team up every weekday morning from 6am to take a fast paced look at the morning’s sporting news on Fox Fix, launching tomorrow morning (Monday 23 January).

Two new shows commence at the beginning of March to analyse all of the action across the weekend.

Pat Stack and Tom Wilson will share hosting duties for Fulltime LIVE with Pat Stack/Tom Wilson, at 9.30pm on Friday and Saturday and 6pm on Sundays.

Neroli Meadows will host Gameday LIVE with Neroli Meadows; an in-depth, two hour preview and review of the weekend’s action, featuring guest panellists from 8am on Saturday and Sunday, beginning March 4.

Following successful seasons in 2016, AFL Tonight and NRL Tonight return to the schedule in 2017 on February 27.

Two new shows, express from FOX SPORTS in the US, will complement the locally produced programs, providing a look at all the sporting news in the states.

Fox Sports News is to unveil a new evening programme designed at looking at the stories the media will be chasing the next day.

Ransom has told the Daily Telegraph:

“We’ll have the best reporters from around the country, from the News Corp papers reporting into us and being able to break stories…moving stories on from what’s actually happened during the day, to what everyone’s going to be talking about tomorrow.”

"Your big stories are breaking at either that 6pm news bulletin time, or even a couple of hours later and this will give everybody a chance to get those stories out there and something to follow the next day.” 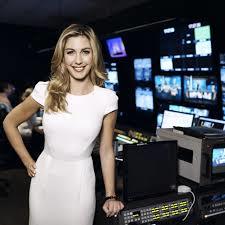 Australian News Channel (ANC) - the operators of Sky News - will take on producing responsibilities for the Fox Sports News channel, with the News Corp-own

FOX SPORTS Australia and Australian News Channel (ANC) today announced that ANC will produce the FOX SPORTS News channel, with the move to be completed within three months.

Production of the FOX SPORTS News Channel will move from FOX SPORTS’ Artarmon headquarters to ANC’s Macquarie Park facility creating a combined powerhouse for breaking sports news which will now be part of a new national video hub that will serve News Corp across multiple platforms.

Foxtel subscribers will continue to access FOX SPORTS News on Channel 500 and through Foxtel Play, FOX SPORTS pubs and clubs and www.foxsports.com.au.

Under the new production arrangement with ANC, FOX SPORTS News will continue its evolution as Australia’s leading LIVE sports news channel and will deliver even more live, comprehensive and up-to-the-minute breaking news coverage to sports fans.

The FOX SPORTS News brand will be retained and its content will now be broadcast across more channels, including the full suite of SKY NEWS channels and through their arrangement to provide content to the Qantas In-Flight Entertainment service.

The branded sports news content will also extend across the SKY NEWS international service Australia Channel. FOX SPORTS News will continue to be the main provider for the News Corp mastheads including The Daily Telegraph, Herald Sun and The Courier Mail, www.news.com.au and www.foxsports.com.au.

The process will begin this week with the move expected to be completed within the next three months.

“ANC’s extensive news gathering capabilities and state of the art production facilities will enable it to deliver more up-to-the-minute live breaking news to sports fans than ever before.

“The strengthened FOX SPORTS News Channel will continue to provide video content for FOX SPORTS’ website, the FOX SPORTS App and social channels with both teams working closely together.”

“Today’s announcement will see a further investment by ANC in live Australian content. We are a business built on quality journalism and we welcome FOX SPORTS News into the fold.”

FOX SPORTS News staff will have the opportunity to move to Australian News Channel to produce FOX SPORTS News from the new location with a small number of redundancies expected as a result.

News Corp Australia CEO Michael Miller said: “News and sport are the two sides of journalism most Australians care passionately about and today’s announcement brings together the two teams with acknowledged excellence in live and breaking coverage in these core areas.

“This new operation reflects News Corp Australia’s determination to constantly improve the service it provides and excel in an ever more competitive media environment.

“In doing so, it increases the quality and quantity of video available 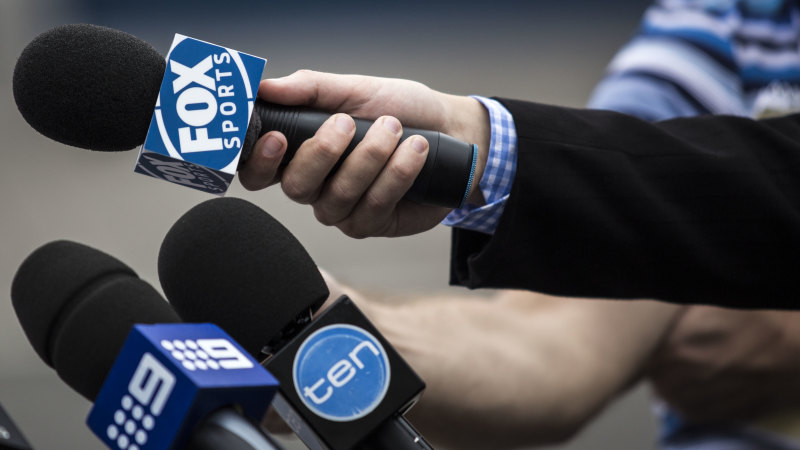 Foxtel says it is too early to assess the long-term impact of the coronavirus, but already axed staff on Wednesday due to challenging market conditions.