Last May, Australians watched on from across the world for a nail-biting finish in Stockholm, Sweden as Dami Im was crowned Eurovision Song Contest runner-up for her performance of Sound of Silence.

Now comes our chance to do it all again, at the 2017 Eurovision Song Contest in Kyiv, Ukraine this May.

The Australian artist chasing Eurovision glory at the world’s biggest song contest is about to be announced, on Tuesday 7 March.

For the first time ever, Australia’s artist and song will both be revealed at the same time in an intimate live performance at a secret location in Melbourne - hosted by SBS’s Eurovision commentator, host, expert and enthusiast Julia Zemiro.

The artist reveal will be broadcast LIVE on SBS Facebook from 5.30pm. Stay tuned to the SBS Facebook page for updates and a countdown to the announcement moment!

Who will it be? Will a group, male solo, or female solo take the stage?

Is the song Australians will be belting out in their living rooms an upbeat party anthem, or emotional power ballad?

All will be revealed… Tuesday 7 March. Australia is back for Eurovision 2018! Get behind Australia's entry Jessica Mauboy, and this years song contest in Lisbon.

Two Australians will be competing in this year’s Eurovision Song Contest after NSW-born Anja Nissen beat nine other finalists for the right to represent Denmark.

Australian-born and raised singer Anya Nissen has won a Danish competition to represent that country in the...

Anchoring SBS’s coverage for eight years, starting in in 2009 in Russia, Julia and Sam have hosted the contest on-location in each European city, and have been the commentary team for SBS’s semi-finals and grand final broadcasts.

As hosts and commentators, Julia and Sam translated the pageantry, both sensational and strange acts, sometimes the words of the songs themselves, and the famously complicated voting system for Australians back home in their living rooms on the other side of the world.

Julia and Sam have guided audiences through some Eurovision milestones, from no one really knowing why the Aussies were hanging around backstage, to Australia being invited to be a guest performer in 2014, and eventually welcomed as a fully-fledged competing country in 2015 and 2016.

Their fondness, warm humour, curiosity and admiration for the singing competition has been instrumental in building Australia’s growing relationship with The Eurovision Song Contest.

"Eight amazing years hosting Eurovision; what a wonderful and hilarious ride. Growing up in a French household in Bondi Junction, I fell in love with this amazing contest ever since Abba won the competition. The languages, the characters, the songs and the sequins have always held a warm place in my heart.

“Giving SBS audiences a sneak peek into the machinations of this wonderfully unique event over the years has been an absolute joy and a career highlight. It’s hard to say goodbye but thrilled to be handing over to the next team on a high – douze points.”

“I’d like to thank SBS for the opportunity to explore the world and share that experience with all those back home but there are only so many sequins, burning pianos, power ballads and singing Russian grannies one man can celebrate in a career, and the time has come for me to pass that privilege on to a new team.”

“We thank Julia Zemiro and Sam Pang for a wonderful eight years as the faces of such a one-of-a-kind television broadcast that is Eurovision. Julia and Sam’s unique relationship with the audience is something special, and SBS has been fortunate to be able to share their love for the song contest with Australians for so many years running.

“An exciting new era of Eurovision on SBS will begin in 2017 and we are looking forward to introducing the new Eurovision hosts for this year’s contest in Ukraine.”

Only five more sleeps till Tuesday 7th of March, when SBS reveals the Australian Eurovision artist for 2017!

The extravagant musical TV competition, Eurovision, comes to an end, with the votes in and the results out.

Jessica Mauboy is Australia’s entrant for the 2018 Eurovision, because Australia is European once again. Apparently. 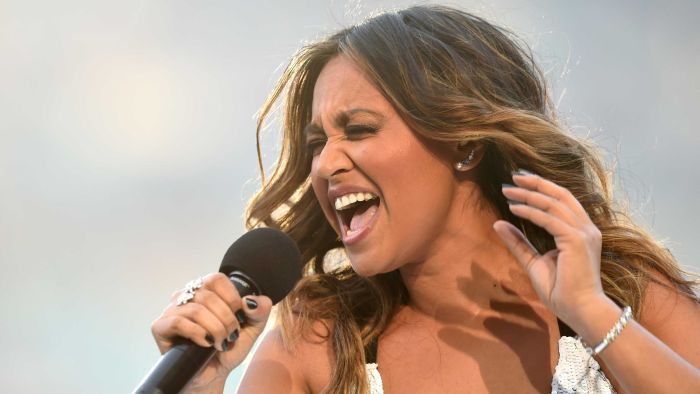 Jess Mauboy has the experience and talent to continue Australia's strong record at Eurovision over the past three editions, writes Andrew McGarry. 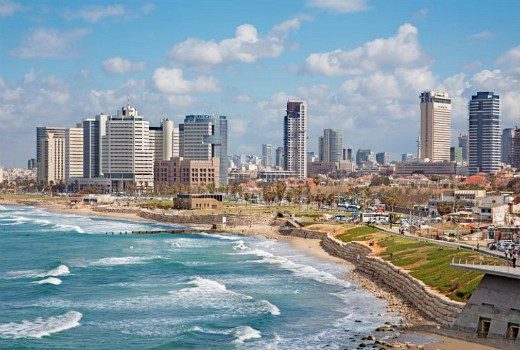 Tel Aviv to host Eurovision in 2019