The Disney Junior executive has been named executive vice president content and creative strategy for Disney Channels Worldwide. The expanded post will see her maintain her role as general manager of Disney Junior Worldwide.

The promotion will broaden Kanter’s responsibilities to include the content creation strategy behind the development of original live action and animated programming for kids ages 6 to 14 on Disney Channel and Disney XD, in addition to all creative content for kids ages 2 to 7 on Disney Junior. She’ll also oversee strategy for acquired content and, in partnership with the live action and animation development/programming teams, will continue attracting, developing and retaining creative talent to Disney’s portfolio of entertainment platforms for kids and families.

“Nancy is a formidable leader with exceptional creative instincts and a personal passion for great storytelling. Her track record in launching and steering Disney Junior into becoming the number one preschooler-dedicated network is a testament to her relentless focus on excellence,” said Gary Marsh, president and chief creative officer of Disney Channels Worldwide, to whom Kanter will continue to report. “I look forward to her daily partnership in aligning and guiding the creative strategy and content for our animation and live-action storytelling teams.”

Kanter added, “The Disney Channels Worldwide creative teams have consistently set the bar at the highest level when it comes to offering stories and characters that resonate with audiences worldwide and also become cultural icons that endure. I am excited to work with our multi-talented development and production teams and hope to be able to contribute meaningfully to this legacy of extraordinary storytelling.”

Kanter led the launch of Disney Junior in 2011 and has since built its TV properties into franchises across various lines of Disney businesses, including Disney Parks’ attractions, publishing, consumer products, digital products, DVDs and CDs. She first joined Disney Channel in 2001.

Disney has announced a spin-off for its hit tween series That’s So Raven.

TANGLED: BEFORE EVER AFTER

Voiced by Mandy Moore and Zachary Levi, this Disney Channel Original Movie is available to watch only on Foxtel.

Season One, Thursdays from May 18 at 4.55pm, Australian Premiere

Season 4, Fridays from May 26 at 4.55pm, Australian Premiere, Express from the US

In this tween drama a group of dancers must find a way to put their differences behind them if they are to win the dance championships.

Production has begun on Disney’s music- and dance-filled Zombies, set for a 2018 premiere as part of the Disney Channel Original Movie franchise. With Jeffrey Hornaday directing, the movie wi…

SUMMER BELONGS TO YOU – DISNEY SUMMER OF MOVIES STUNT Starts January 1 at 5.30pm on Disney
Catch the Summer Feels on Disney Channel this January cause its movie night, every night at 5:30pm! Watch all your fave Disney Channel Original Movies like Cheetah Girls, Camp Rock, Descendants 1 AND 2, Teen Beach, High School Musical and heaps, heaps more! Afraid of FOMO? You can relive all your favourite Disney Channel movie moments on the Foxtel Kids app. 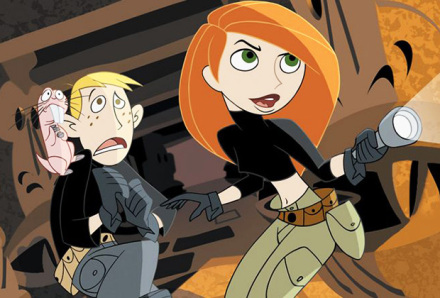 Disney Channel is resurrecting one of its most iconic female characters — just as soon as she checks her beeper and returns the call. 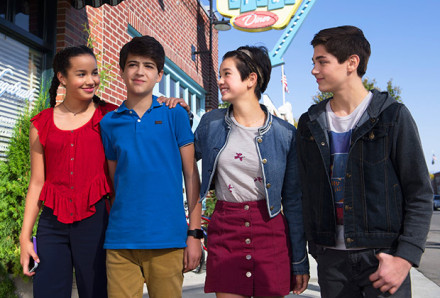 Just days ahead of its midseason finale, Andi Mack has been renewed for a third season at Disney Channel. 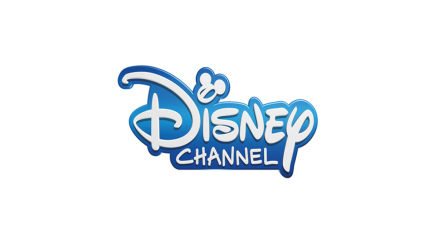 Disney Channel has greenlighted a pair of kid-targeted animated series: Amphibia, a comedy about a girl who gets transported to the titular world, and The Owl House, a horror comedy about a teenage… 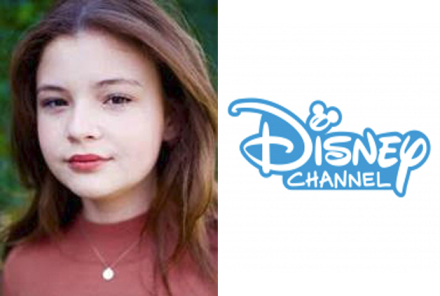 EXCLUSIVE: Disney Channel has greenlighted Fast Layne, a live-ation limited series from executive producers Matt Dearborn and Tom Burkhard. Production is under way on the action-comedy from Lakesho… 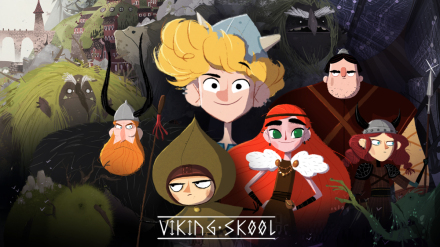 In what is always one of the highest-profile events at France’s Annecy Animation Festival, Disney held their yearly presentation on Tuesday night, detailing their upcoming slate of new and returnin…

In less than 3 months Disney+ has gained 26.5 million subscribers and that’s bad news for FOXTEL.