Dancing With The Stars

Julia Morris and Chris Brown to host (who else?)

The Telegraph reports most “stars” will be Bachelor or Bachelorette wannabes seeking to extend their micro-seconds of “fame.”

So it has actually been confirmed that Dancing With The Stars will be premiering on Ten? Not sure what to make of that. I guess it’s good that Ten is commissioning more local content, but I can’t see DWTS performing all that well in the ratings. 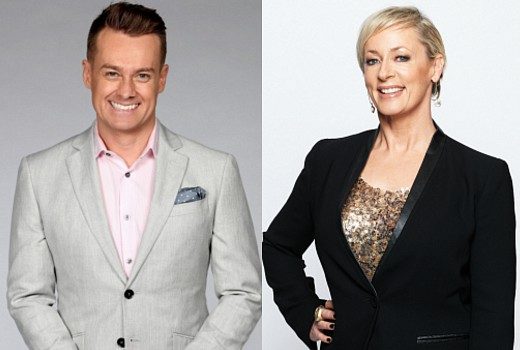 Grant Denyer, Amanda Keller for TEN’s Dancing with the Stars.

Exclusive: It’s a rolled-Gold tango for TEN when Dancing with the Stars returns in 2019.

Dancing With The Stars Is Back

Network Ten is thrilled to announce that the popular and iconic family entertainment show Dancing With The Stars will return to Australian television screens in 2019.

Admired media personality and presenter of Network Ten’s lifestyle program The Living Room, Amanda Keller, and TV Week Gold Logie Award winner and host of TEN’s new family entertainment show Game Of Games, Grant Denyer, will co-host Dancing With The Stars when it returns with a fresh new look, new judges and new celebrities ready to take to the dance floor next year.

Amanda Keller said: “I can’t wait to be part of the spangley madness that is Dancing With The Stars . Having been a terrified, uncoordinated contestant, it will be fun to lend a sympathetic ear and a spare sequin or two, to a new batch of amateur hoofers.

“My own brand of dancing failed to the impress all those years ago. Hopefully I’ll have more success this time around – off the dance floor.

“I’m so excited. And let’s face it, this is the only way I’m guaranteed to get to the grand finale.”

Grant Denyer said: “The worldwide success of Dancing With The Stars is simply phenomenal and the show has never been stronger, including a stunning 26 seasons in the US and now 15 in the UK. It’s such a much-loved show and it’s incredible to be part of its triumphant return here in Australia.

“This series will be much bigger, more glamourous and dazzling than ever. Australia has never seen dancing this spectacular. Get ready for something truly outstanding. I’m so happy I’m crying sequins down my fake tanned cheeks.”

The smash hit series pairs some of Australia’s favourite celebrities with professional dancers, to compete in a dance competition full of glitz and glamour. Every week, contestants have to learn and showcase their fancy footwork on the dance floor, in a bid to impress a distinguished panel of judges and audiences at home, who will be able to vote for their favourite pair. The combined score will determine who will progress and who will be eliminated.

Dancing all the favourite genres of dance including the cha-cha-cha, paso doble, waltz, quickstep and rumba, the celebrities will give it their all when they vie for the coveted title of Dancing With The Stars Champion.

Network Ten Chief Content Officer, Beverley McGarvey, said: “ Dancing With The Stars is feel-good family fun and we are thrilled to have such an iconic series on TEN early next year.

“Amanda and Grant are firm favourites with viewers so we are delighted to have them together as co-hosts for the first time. They will bring all the glitz, glamour and fancy dance moves that viewers will expect – with a few laughs thrown in too.”

Dancing With The Stars is an international success story. To date, over 3,500 episodes and 300 series have been recorded in more than 50 countries around the world.

Warner Bros. Managing Director, Michael Brooks, said: “We are incredibly excited to partner with TEN and BBC Studios in what will be the most ambitious series of Dancing With The Stars to ever hit Australian TV screens. We’ve assembled a star-studded creative team with experience across the US, UK and Australian series of Dancing With The Stars. This will be a spectacular, must-see TV event in 2019.”

BBC Studios ANZ Managing Director, Jon Penn, said: “Australia was the first country to launch Dancing With The Stars outside the UK in 2004 and we’re delighted that TEN and Warner Bros. will be reinventing it for a fresh generation of fans.”

Dancing With The Stars is produced by Warner Bros. International Television Production Australia and BBC Studios, from a format created by the BBC and distributed by BBC Studios.

Channel 10 has finally revealed which familiar faces we’re set to see cutting a rug on Dancing With The Stars 2020.

Premieres On Sunday, 9 February. On the Ten/WIN Network. 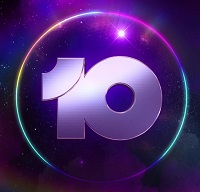 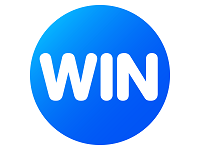 We’re going to get straight to the point. The bosses have been busy recruiting to bring you a star studded line-up of celebrities who will be hitting the dance floor when Dancing With The Stars returns on Sunday, 9 February at 7.30pm live on Ten/WIN.

Claudia Karvan’s name is synonymous with iconic Australian dramas including Love My Way and The Secret Life Of Us, but stepping out of the acting world and into the dancing world could be her greatest challenge yet. Will she be able to put her acting skills to good use, or will a real-life drama unfold before our eyes?

Joining Claudia are resident jokesters Ed Kavalee and Celia Pacquola , who will be hoping that they don’t become the butt of everyone’s jokes as they attempt to quickstep their way to the mirror ball trophy.

Fresh off the plane from America we have actress and performer, Chloe Lattanzi . The daughter of Australia’s sweetheart, Olivia Newton-John, Chloe is no stranger to the spotlight. Chloe is ready and waiting in the wings to put her musical and acting talents to good use.

Known for being wrapped up in controversy, a highly publicised cheating scandal, and a marriage at first sight, reality TV star Dean Wells will be officially waltzing away from the dramatic dinner parties, and cha-cha-chaing his way onto the dancefloor.

After playing 256 AFL games and winning a premiership, you’d think Travis Cloke has jumped over his fair share of hurdles throughout his career. But his biggest one awaits when he attempts to swap the footy boots for dancing shoes.

Singing sensation Dami Im is no stranger to the stage having represented Australia at Eurovision Song Contest 2016. But, just how will this self-confessed unco fare on the dance floor?

Fresh from finding love, Australia’s favourite bachelorette, Angie Kent , will be swapping roses for rumba, and cocktail parties for dance parties. Will she literally fall head over heels, or will she spin her way to a win?

And not one to shy away from a challenge, The Amazing Race Australia host Beau Ryan will be hoping that he’s picked up some dancing skills on his recent worldwide adventures.

Last, but definitely not least, podcast guru, model, socialite, TV presenter and son of TV royalty Richard Wilkins, Christian Wilkins is no stranger to the entertainment world. But is he ready for a challenge of a different kind?

Hosted by the always dazzling dynamic duo Amanda Keller and Grant Denyer, Dancing With The Stars sees ten illustrious celebrities paired with professional dancers to compete in a dance competition oozing glitz and glamour, to win $50,000 for their chosen charity.

Under the watchful eye of our three judges – Craig Revel Horwood, Sharna Burgess and Tristan MacManus – the pressure is on to ensure the celebrities don’t put a foot wrong and risk elimination.

So, get ready because it’s going to be one hell of a dance off!

Please click here for a sparkly first look at Dancing With The Stars season two.

Dancing With The Stars is produced by Warner Bros. International Television Production Australia and BBC Studios, from a format created by the BBC and distributed by BBC Studios.