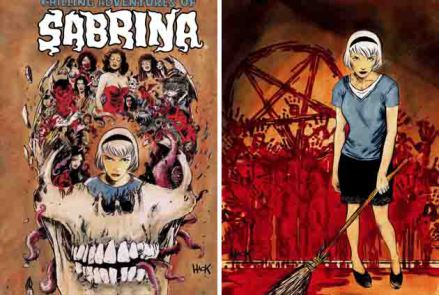 Sabrina is on the move. The Chilling Adventures of Sabrina series, originally put in development at the CW in September as a potential companion to Riverdale, has landed a 20-episode, two-season, s… 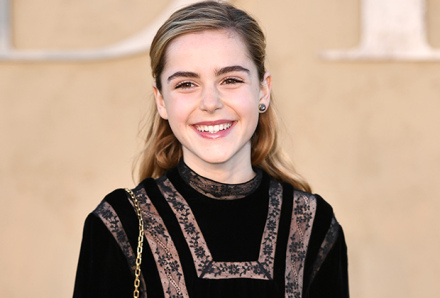 Kiernan Shipka is heading to Netflix by way of broomstick.

Kiernan Shipka (Mad Men, Feud: Bette and Joan) has been cast in the lead role of Netflix original series Untitled Sabrina Project, based on the Archie Comics graphic novel The Chilling Adventures of Sabrina.

Shipka will star as the titular heroine Sabrina Spellman.

Character description: An empowered young woman, half-human, half-witch, Sabrina is just beginning her dark education as a sorceress, even as she tries to maintain a normal life as a sophomore at Baxter High. Intelligent, compassionate and brave to the point of recklessness, Sabrina is all that stands between us and the forces of darkness that threaten our world.

Executive producer Roberto Aguirre-Sacasa said: “We’re all such huge fans of Kiernan’s work that when we started talking about who this new incarnation of Sabrina could be, her name was on everyone’s wish list. This is a darker, more macabre version of Sabrina, and we’re incredibly excited for people to see Kiernan make this iconic character her own.”

Executive producer and Archie Comics CEO Jon Goldwater added: “I am thrilled that Kiernan is playing Sabrina and have no doubt that she will embody the strength, courage and boldness that has made the character a fan favorite.”

Shipka most recently appeared opposite Susan Sarandon and Jessica Lange in the hit event series Feud: Bette and Joan, in which she played B.D., the strong-willed teenage daughter of Bette Davis (Sarandon). She is perhaps best known for playing the role of Sally Draper for seven seasons of the acclaimed Emmy®-winning drama series Mad Men, opposite Jon Hamm and January Jones.

Logline: Untitled Sabrina Project imagines the origin and adventures of Sabrina the Teenage Witch as a dark coming-of-age story that traffics in horror, the occult and, of course, witchcraft. Tonally in the vein of Rosemary’s Baby and The Exorcist, this adaptation finds Sabrina wrestling to reconcile her dual nature — half-witch, half-mortal — while standing against the evil forces that threaten her, her family and the daylight world humans inhabit.

Note: The Untitled Sabrina project comes on the heels of the success of Riverdale, which is also based on characters from Archie Comics. 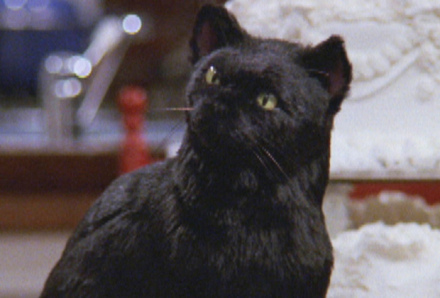 If crossing paths with a black cat is supposed to bring bad luck, why do we suddenly feel so fortunate? Riverdale showrunner Roberto Aguirre-Sacasa on Friday shared the first photo of Salem the cat… 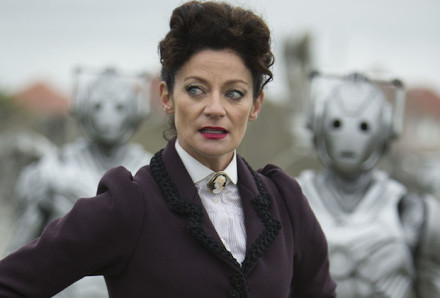 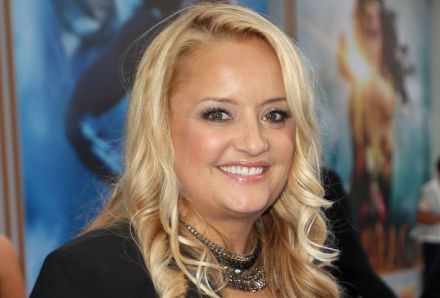 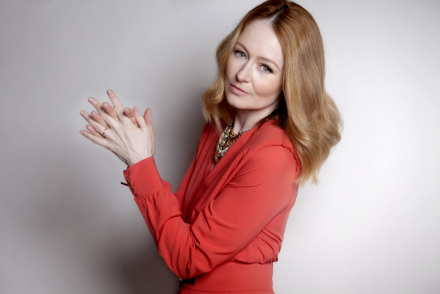 Netflix’s upcoming Sabrina the Teenage Witch series has cast another key character from the comic books as a lead opposite Kiernan Shipka. Miranda Otto (Homeland) has been tapped to play Zelda Spel… 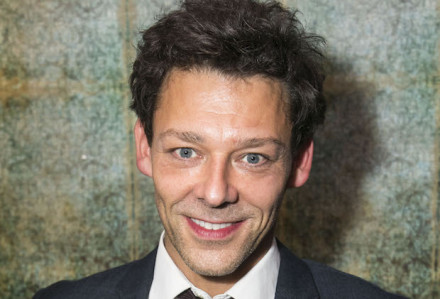 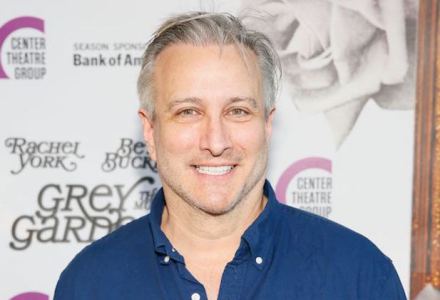 Are we excited about the latest casting news for Netflix’s Sabrina the Teenage Witch series? Of course we are: Don’t be ridiculous. 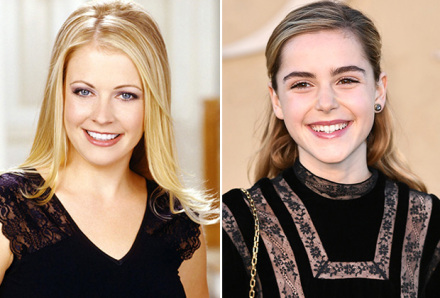 Netflix's Sabrina Series: How Will the Dark Drama Differ From the Sitcom?

Unless you’ve been living in the Other Realm for the past few months, you’ve probably heard that Netflix is conjuring up a new series about pop culture’s most iconic teenage witch. But this i… 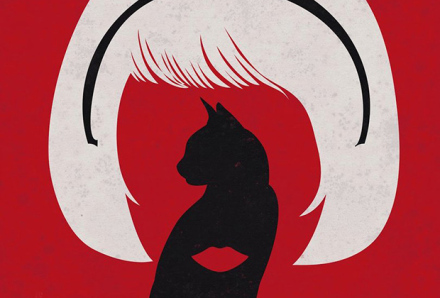 Something wicked cool this way comes. The first poster for Netflix’s Chilling Adventures of Sabrina was released on Tuesday — courtesy of series creator Roberto Aguirre-Sacasa — and it finds … 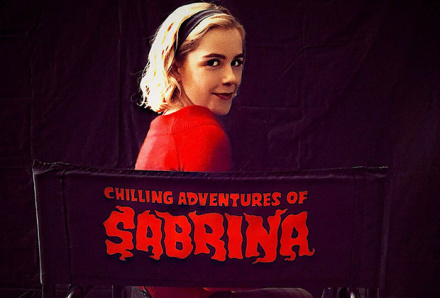 Netflix's Chilling Adventures of Sabrina Gets Premiere Date (And It's Spooky)

We didn’t have to have witchy psychic powers to predict this: What other month would Netflix’s Sabrina series premiere in, huh? 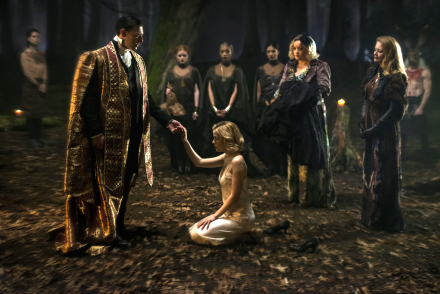 Chilling Adventures of Sabrina: First Photos Include a Witchy Baptism

Sabrina Spellman is poised to cross a dark line in one of the first episodic photos from Netflix’s Chilling Adventures of Sabrina. 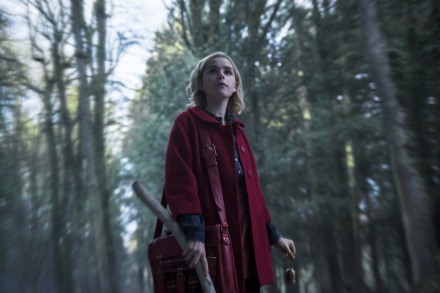 ‘Chilling Adventures Of Sabrina’ Review: A Joyous, Pulpy Teen Romp Of The Occult

SPOILER ALERT: This article contains details about all episodes of Chilling Adventures of Sabrina.  There seems to be a trend in Hollywood of giving any and all IP a “dark reimagining” … 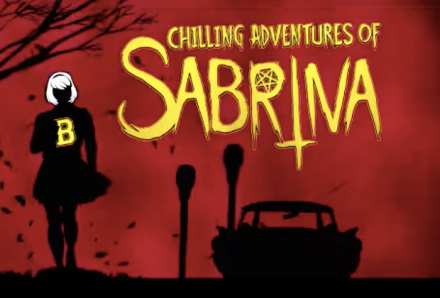 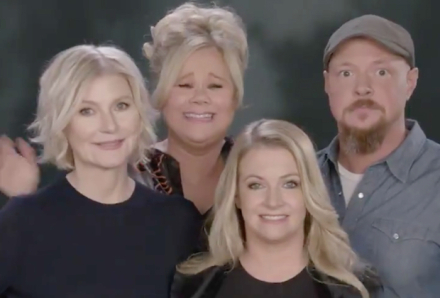 The original cast of Sabrina the Teenage Witch has reunited to give Netflix’s forthcoming Sabrina reboot its blessing. In the video below, former castmates Melissa Joan Hart (Sabrina), Nate R… 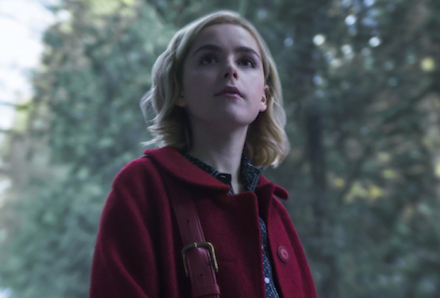 Netflix has conjured up some excellent news for Chilling Adventures of Sabrina fans: The Kiernan Shipka-led drama series has been renewed for Season 2 (aka Parts 3 and 4), TVLine has learned.

Sabrina's Final Chilling Adventures Are Her Darkest (and Deadliest) Yet

Friendly warning, witches: We’re about to break down Chilling Adventures of Sabrina’s Part 4 premiere. Don’t want spoilers? You know what to do. Darkness is the magic word in Chil…