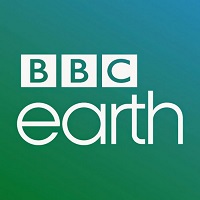 BBC Earth revealed today the first look trailer of its Being Human season which over the next 18 months will explore the human race - examining what it means to be human, how we might improve the way we live, and what the future could hold for civilisation.

Sophia is one of the world’s most sophisticated humanoid robots

Created by Hanson Robotics, BBC Earth has partnered with one of the world’s most sophisticated humanoid robots, Sophia, to act as the spokesperson for the new season. In the trailer we see the camera slowly pan from the back of her head to reveal her face as audiences hear her speak about the wonders of humanity. Highlighting that even something as technologically advanced as Sophia can never truly match the complexity of humans.

The Being Human season will feature several household favourites including Michael Mosley in his new series Meet the Humans (5x50”) which puts human behaviour under the microscope. Other highlights include Jimmy Carr’s one off special The Science of Laughter, (1x60”) which tries to get to the bottom of what laughter is and why we enjoy it so much. New series, Civilisations (9x55”) will look at the extraordinary role of art and artists in the development of human culture and the story of global art spanning millennia. While Joel Dommett and Nish Kumar star in Tribal Bootcamp (6 x50”) and go on an adventure of a lifetime to immerse themselves in the lives of the strongest, fittest and toughest people in the world.

Jon Farrar, Senior Vice President of Global Programming, BBC Worldwide commented, “BBC Earth tells the greatest stories on the planet, and there is no greater story than what it means to be human. Being Human is a major new strand of programming that will explore the complexities, wonder, and magnificence of humanity. It will bring entirely new perspectives to the biggest questions of all time – who are we? How do we live better? And what is our future? Being Human is the ultimate view on ourselves – a global selfie”